The European Le Mans Series (ELMS) 4 Hours of Spa-Francorchamps (23-25 September) was mired by incident and controversy for RLR MSport, which emerged with lowly ninth and 12th-place results.

Michael Jensen, Nick Adcock and Alex Kapadia recovered to ninth in the final classification and, 30 points adrift of the current LMP3 championship leaders, are now mathematically out of contention for the title, although the trio will be pushing hard for a top three result with only the Portimao finale remaining (14-16 October).

The sunshine that had dominated on Friday was replaced with typically changeable weather on Saturday morning, and RLR MSport qualified mid-pack in seventh and eighth with the #5 car of Jensen, Adcock and Kapadia and the #15 of Horst Jr Felbermayr, Austin McCusker and Valentino Catalano respectively.

Overnight rain meant the track was still damp as the grid formed for the start of the ELMS 4 Hours of Spa-Francorchamps on Sunday morning and RLR MSport took the decision to fit grooved Michelins while many teams rushed slick tyres to the grid.

There was still a lot of moisture off the racing line and, predicably, drama ensued on the opening lap, the unfortunate Jensen getting blocked by an incident involving two other LMP3s at Les Combes, but the Danish Am was unscathed and continued on his way, albeit last on the road.

The Safety Car was deployed and headed the ELMS field for 17 minutes. At the restart, Felbermayr in the seventh-placed #15 machine immediately went in pursuit of the #17 Cool Racing car, but an attempt to pass at La Source ended in contact, which ultimately forced him to box for lengthy repairs that resigned him, McCusker and Catalano to 12th at the finish.

Jensen, though, pitted for slicks at the first available opportunity and subsequently lost half a lap to the main LMP3 pack, but his stint averages were strong and he worked his way back up inside the top ten before giving way to Adcock, who himself circulated in tenth for the duration of his stint, which took him well into the third hour.

In fact, Jensen’s pace was such that RLR MSport chose to extend his stint in the hope that a Full Course Yellow (FCY) would present an opportunity to conduct a “cheap” pit stop and gain back some lost ground.

However, the decision put the team out of sequence and the desired caution period came much later at one of the most inconvenient moments, ten minutes before Adcock completed his minimum drive-time.

On the backfoot, Kapadia carried on his Am teammates’ good work, relentlessly chipping away at the #14 Inter Europol Competition and #3 United Autosports entries in eighth and ninth respectively, determined to maximise the #5 crew’s points haul with one of the chief LMP3 title contenders out of the race.

The #5 entry began making headway up the leaderboard during hour three of the race, Kapadia displacing the #14 for ninth place and rising as high as seventh, before dropping the outside edge of his tyres onto the grass and sliding into an unsuspecting LMP3 rival at the Bus Stop.

Kapadia immediately boxed for a replacement nose section and, despite being served with a drive-through penalty for causing the collision, secured a ninth-place result that, unfortunately, puts the ELMS LMP3 title out of reach at the Portimao curtain-closer.

“We were unable to capitalise on a great opportunity to claw back some ground in the LMP3 championship standings after one of the main title contenders retired from the race, and we’re subsequently out of the hunt, but we will be pushing hard for a top three finish,” said Kapadia. “I don’t think we would change the decisions we made, even with the benefit of hindsight, because Michael’s (Jensen) pace was so strong at the end of his stint and there was no way of knowing that a Full Course Yellow would fall just minutes before the end of Nick’s (Adcock) run. We were simply unlucky.

“Our pace was strong – Nick and Michael’s stints were the best I’ve seen from them this year and I’m happy to have had the third quickest averages, but I made a mistake. It was a miscalculation on my part but it’s the first time I’ve done such a thing in the eight years I’ve been racing LMP3 cars. The positives are that our pace was strong and we learnt something with the car setup that we will take forward to Portimao, which is a track I love.”

Adcock said: “It was a race of “what could have been.” RLR MSport had set up the car perfectly for the colder conditions and all three drivers were on the pace. Unfortunately, a too conservative tyre choice at the start and Michael (Jensen) having to come to a complete halt and reverse in avoidance of a first-lap collision resulted in us losing too much time. From there, we never recovered.

“My stint in the second hour was, I felt, the best I’ve driven this year and the set up enabled me to push hard all the way. Frankly, I didn’t want to box. I was enjoying it far too much. It was a rare error from Alex (Kapadia) that cost us a better result, but he was pushing so hard to recover positions that he got caught out once with consequences nobody ever wants to see. Ninth position is certainly not representative of the team, car or drivers’ abilities, and we have one more chance this year to put together a good finish.”

Jensen added: “It was touch and go on the tyre choice right up until the final moments before the race-start and we, in hindsight, made the wrong call. I nearly jumped the start and then got swamped as I backed off, then we were badly delayed when I avoided the incident on lap one. I was last on the road at that point, but, after the Safety Car and stopping for slicks, I got my head down and just went as hard as I could until the team told me to box. With a Safety Car and Full Course Yellows we never really got into a nice rhythm, but I was really happy with my pace.” 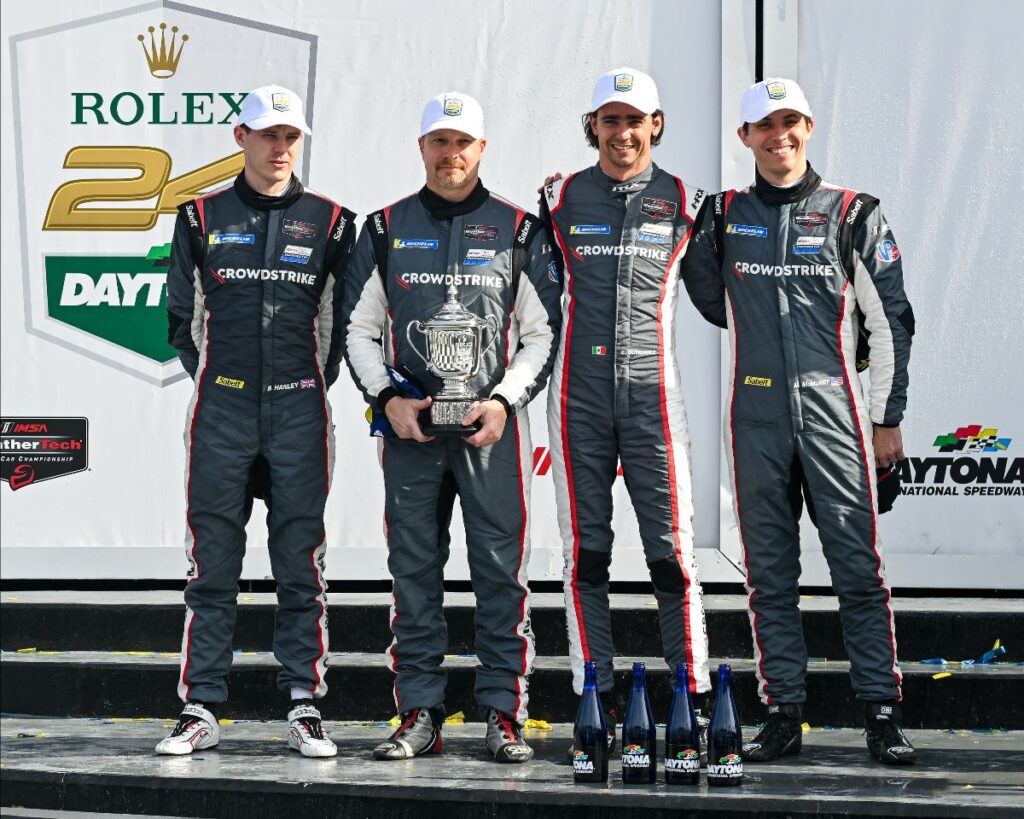 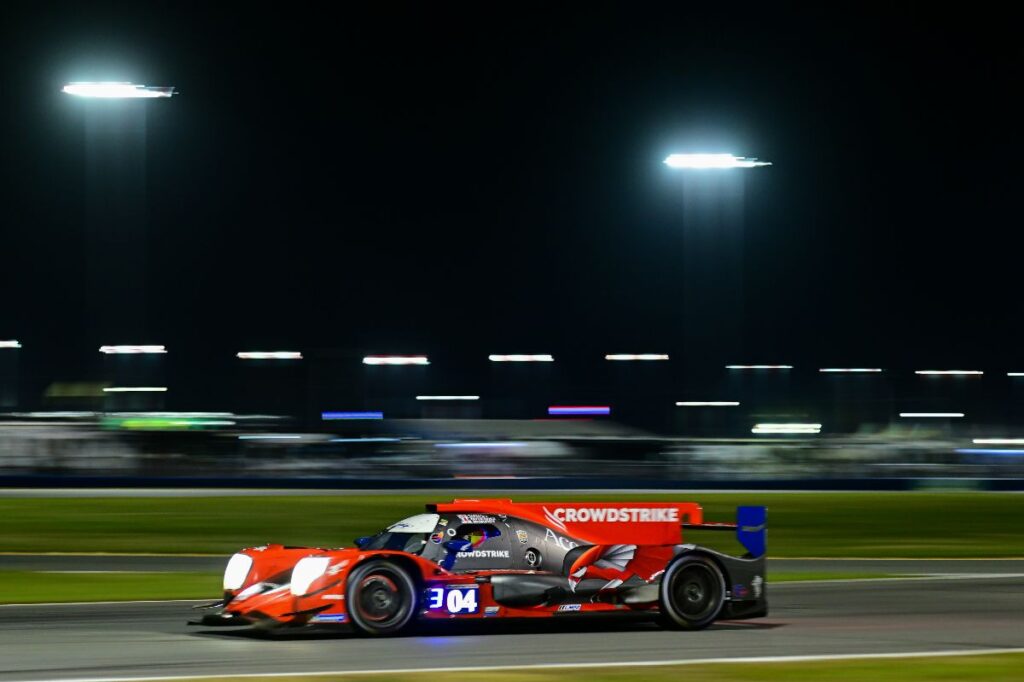 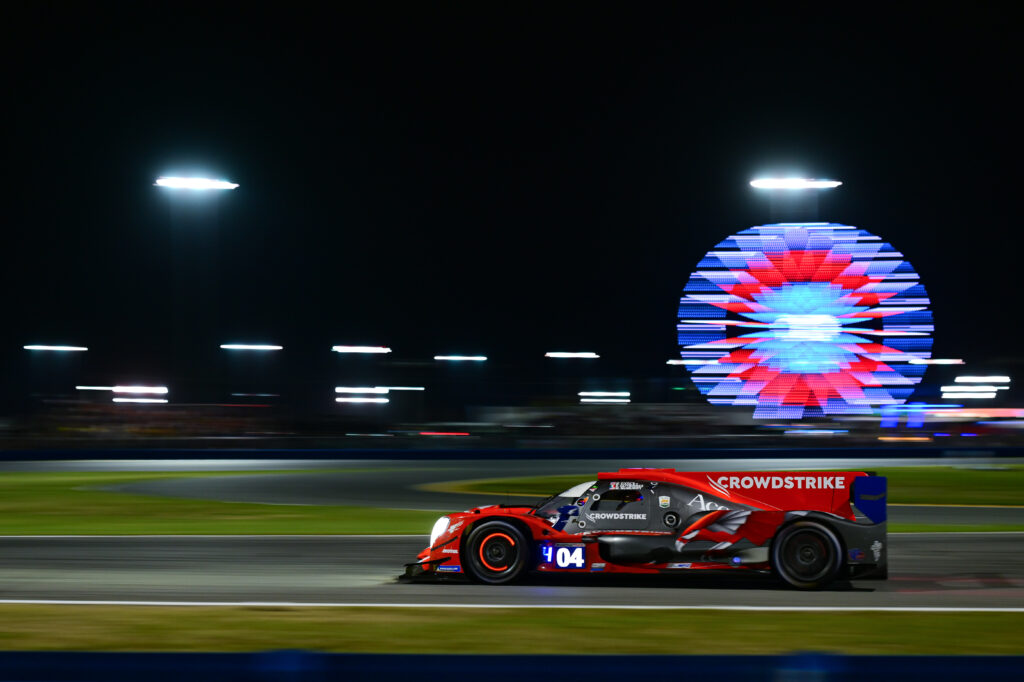