Jakobsen and Benham started free practice on a strong footing, as the former went as high as fourth in the FP1 times despite being compromised by traffic on his best lap, and he even reported a perfect car setup upon his return to the pits.

Benham was also among the fastest Am drivers, dipping into the 3m51s, but there were contrasting fortunes for Martin Rich and Alex Kapadia in the #15 Ligier JSP320, which found the wall at the Porsche Curves.

An extensive rebuild took RLR MSport deep into the evening but ensured the #15 car partook in Qualifying-Practice the following day (Thursday 19 August).

Unfortunately, slow zones impeded Jakobsen and Kapadia’s best laps and prevented them from going better than 20th and 23rd respectively in the Pro session, although Benham qualified seventh on a 3m51.474s and Rich 25th in the Am segment.

In the first of two 55-minute ‘Road to Le Mans’ races (Thursday 19 August), both RLR MSport entries moved up from their lowly starting positions on the opening lap, only for a puncture to cause race-ending damage to the #14 car.

A lengthy Safety Car followed and there was a hive of activity in the pits as the vast majority of teams elected to conduct their compulsory driver-changes.

RLR MSport was one of them, taking the opportunity to switch out Rich for Kapadia, who was 12th in the queue at the restart but gained more places en route to the chequered flag, completing a fantastic recovery from 23rd on the grid in eighth.

As in previous years, the second ‘Road to Le Mans’ race was held immediately before the headlining 24 Hours of Le Mans, with tens of thousands of spectators filling the grandstands and lining Circuit de la Sarthe’s spectator banks.

Once again, Benham and Rich took the rolling start, the former picking off two cars as they locked their brakes and the latter scything his way from outside of the top 20 to 15th on the first 13.6km lap.

Benham eventually relinquished those two positions to faster, more experienced Pro drivers but handed a clean Ligier to 17-year-old Jakobsen, but Rich continued his ascent and was within sight of the top ten when he passed the reins of the #15 car to Kapadia.

More good work from RLR MSport’s mechanics and solid in and out-laps from the pits ensured Jakobsen emerged in fifth and Kapadia 11th, and both keenly pressed on, the former to third and the latter to eighth on the road but sixth in the final classification, once post-race penalties had been applied.

“Overall, it was a positive weekend,” said Benham while munching on pork and vegetables. “We had some bad luck in the Pro Qualifying-Practice session and that put us in a bad position for the start of race one, which ended prematurely with a puncture anyway.

“We knew we had the pace to challenge for the podium and I secretly thought, because Malthe (Jakobsen) hadn’t had a chance to race on Thursday he would probably set the world alight, which is exactly what he did. I’m delighted, as this is my fourth podium on the Saturday at Le Mans and it’s nice to keep that run going, but also because I got to stand up on that famous rostrum with Malthe Jakobsen who I’m sure will get many, many more podiums and victories in the 24 Hours itself.”

Jakobsen said: “It was a really difficult week because while FP1 ran as we wanted and we learned a lot, FP2 was limited, and we were then unlucky to get compromised by slow zones on all-but-one flying lap.

“However, Saturday’s ‘Road to Le Mans’ race was just amazing, with Mike (Benham) getting up to fifth ahead of ex-Le Mans winner Guy Smith, me climbing up to third during my stint and then having the experience of standing on the 24 Hours of Le Mans podium. I’ll remember it my entire life.”

Rich added: “The week started very badly because I painted the wall on the outside of the Porsche Curves orange and black. I’m thankful that Alex (Kapadia) and I did a lot of preparation because that allowed me to rebuild when my confidence was shot. The speed started coming back in Qualifying-Practice, but yellow flags were waved just as I felt ready to put in a representative time.

“It was unfortunate because we were way out of position at the start of both races, but we climbed all the way to eighth in race one and sixth in race two. It’s not where we want to be, but it was a great recovery when you consider where we started, and I had lots of fun.”

Kapadia said: “The Michelin Le Mans Cup ‘Road to Le Mans’ is an event where you have to keep moving forward in each session, so we were pushed back by the crash in FP1 because we were unable to clock up any practice mileage. After that, my best laps in Qualifying-Practice were affected by slow zones and I truly believe I had top ten potential.

“Nevertheless, Martin (Rich) had amazing starts and we just pushed hard, and I really feel sixth, seventh or eighth is where we should have been in qualifying. The races would have been different stories from there, but we were two sessions behind everybody, so I feel we really did maximise our weekend and I’m happy with the results.” 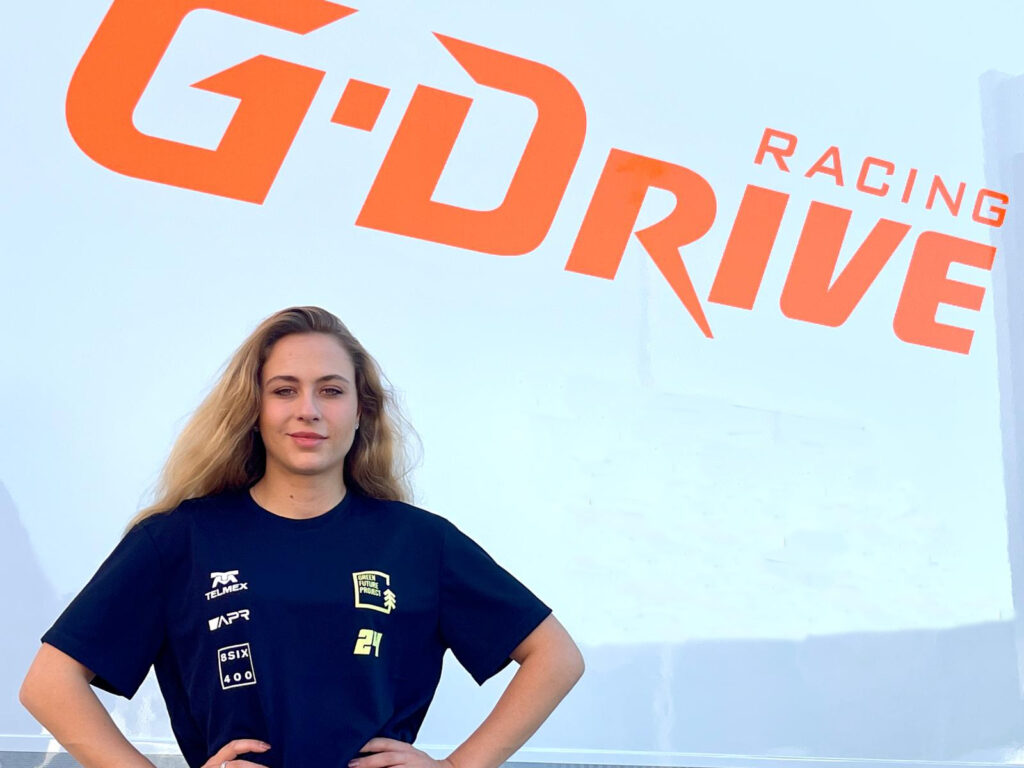 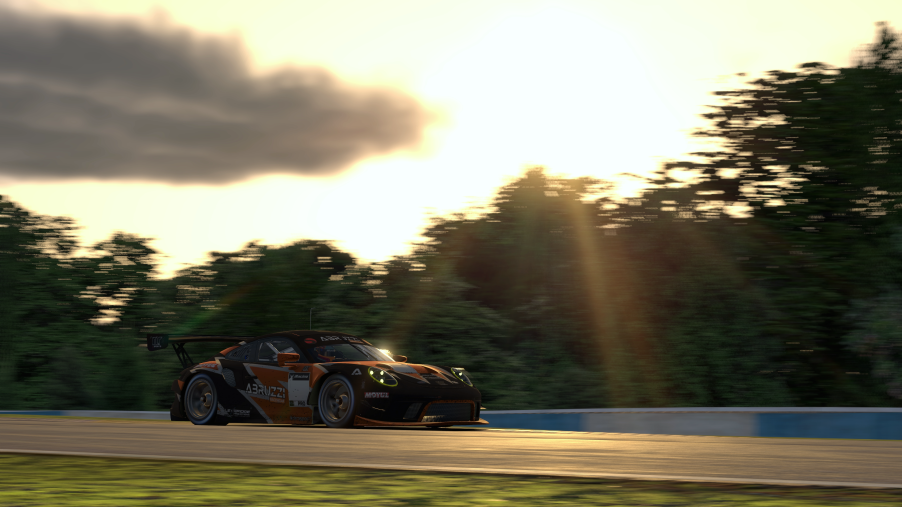 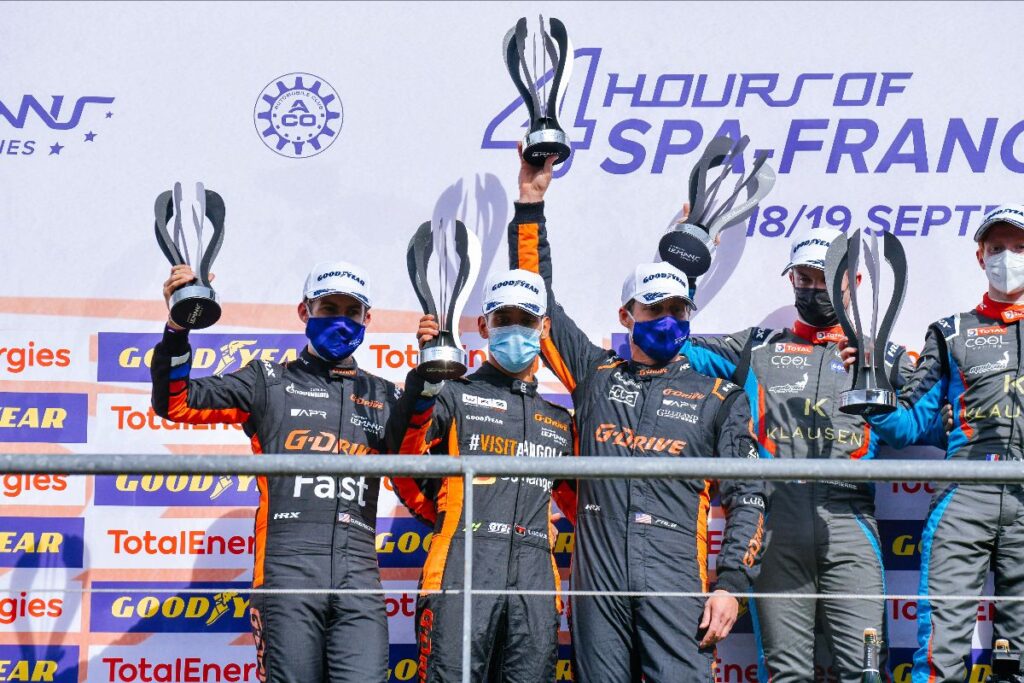